"In the Moment Appreciation" for Officer Darrell Holmes 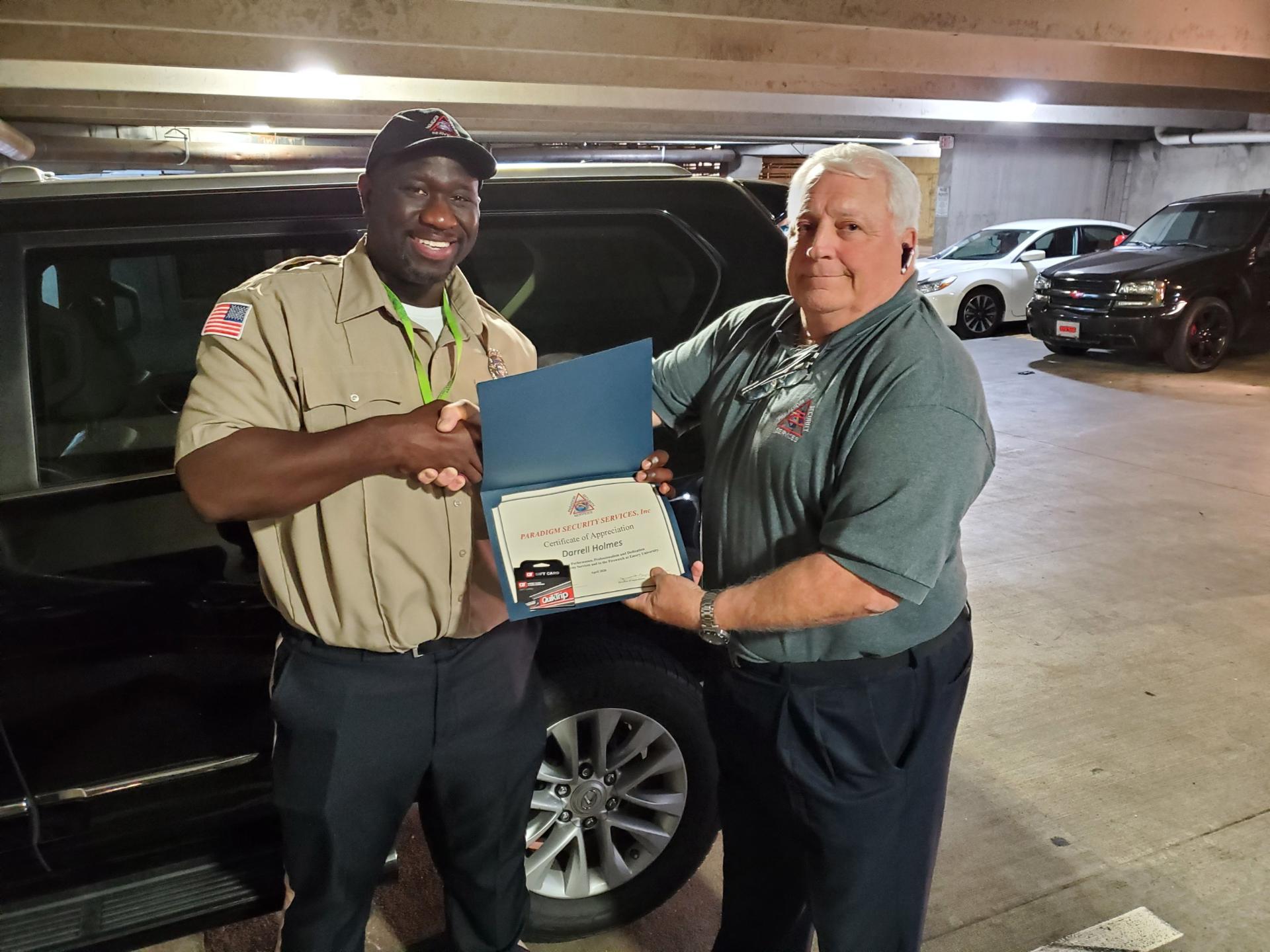 In late April 2020, Officer Holmes was making his hourly rounds and noticed an unsecured lab/office door. Following his training protocol, he looked inside and noted standing water. He immediately called Kris Beatty as his operational contact. Being Officer Holmes’ first day on the job, Beatty called the university fire safety marshal and informed them of the location where standing water was found. A member of the client’s maintenance staff was dispatched immediately to identify the source of the leaking water and prevent further flooding.

The client followed up with Paradigm’s office to let us know there was a major water leak “which could have caused tens of thousands of dollars in damage or more.” They wrote a nice note of recognition regarding Darrell’s being “on his toes.”

Officer Holmes’ action reflects one of Paradigm’s Core Values of “Client Focus.” He kept an eye out for details to ensure that nothing was overlooked when he was on duty. As a result, the client was able to manage the problem quickly and avoid greater water damage costs.